Hundreds of Christian leaders gathered in Lancaster, Pennsylvania (USA), during April 13 to 16th (2016) to attend to the 'Voice of the Prophets' Conference - actually one of the most important meetings in an international level - which was accompanied exclusively by Guiame.

This conference's edition had great speakers, as Randy Clark, Kayle Mumbi, James Goll, Larry Randolph and Shawn Bolz & Cherie. During these four days they could share their knowledge of ministry and spiritual growth.

During his speech, Pastor Randy Clark called to get up on stage two great friends he met during his first trip to Brazil: Ap. Joel Engel and the pastor and writer Édino Melo. Both had the opportunity to share their testimonies, which were very cheered by audience.

According to Pr. Clark, those two Brazilian leaders' testimonies can sound as good examples of anointing transfer or 'impartation' - as many leaders are calling.

Before open the way for testimonies of the Brazilian pastors, Clark took care to quote a scripture that talks about spiritual gifts.

"Many years ago when I first went to Brazil, God did something amazing and I want to thank both of you for coming to share your stories. But I have to remind them that we need the Scripture. And the Scripture that I share with you here, now is from Apostle Paul to the Romans, chapter 1, verse 11: 'For I long to see you, that I may impart to you some spiritual gift, to the end you may be established'. This text is al we need, among others, to see that the act of giving the impartation [anointing transfer] is something biblical", he said.

"My testimony speaks of a healing of a ministry. When I met Randy, I was very sad. Physically, I was old. I only asked to God that I could retire and after the service [led by Randy in Brazil]. I became 20 years younger. It was like a cell renewal. Today I have 61 years, go to the gym, football game, I races, climb the mountains. It is an eagle anointing "reported.

"The second anointing that I received was the new wine. The love shown by Randy, the affection with which he received me turned my ministry. Until then, I only knew shepherds who destroy ministries. But I saw Randy, the person more similar to Jesus I have ever met. Someone who embraces, receives, gives love. His hugh made me get into a river of love", he said.

Back home - in Rio Grande do Sul - Engel says that saw his ministry be refreshed surprisingly.

"When I came back to Brazil, my ministry was completely changed. I am from a very tiny town and I became known throughout the country. Drug adicteds began to be delivered and attend to the worship time with us. Their parents had to come to get them in the church, late at night, because they were 'drunk by the Holy Spirit", he said.

Honor
According to Randy Clark reported himself, Engel was the first pastor who prayed for his life, when he went to Brazil to minister at the Foursquare Church, in Sao Paulo, in 1999.

"This was the pastor chosen to pray for me when I arrived in Brazil", said Clark.

The prophetess Joanne Hayward, who was also preaching at 'Voice of Prophets', was used by God and sent a word to Engel, calling him "Fireball" - which would be a clear reference to the account shared before, by the apostle, early in his ministry in which he claims to have witnessed a ball of fire coming down to the region of Santa Maria (RS), where his ministry is currently based. 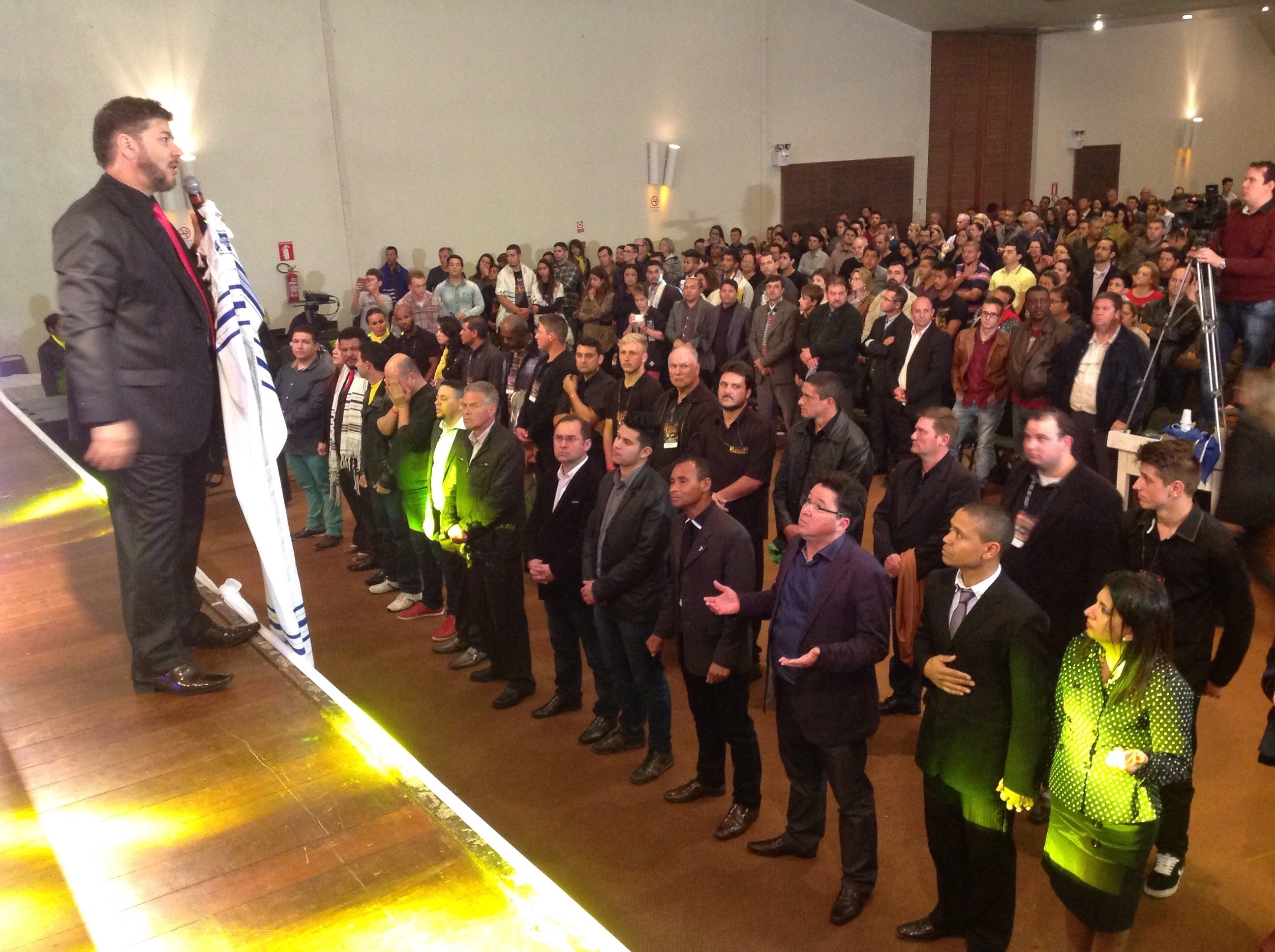 Prophetic school
Talking about his ministry aimed at the restoration of pastors, Engel highlighted the success that the Prophetic School has reached.

"Today I have the Prophetic School, with over a thousand pastors being restored every year. This love is running more than 120 nations today", said Engel and looked at Randy, ending his testimony: "I want to thank you for that".

"The Voice of The Prophets"
According to the organization 'Global Awakening', the meeting has as its major goal to promote a God's Kingdom Culture.

"In a time of great transformation and shifting, the need to fully realize what it means to live a Kingdom culture becomes all the more evident", says a part from an official presentation text.

"As the world steps into a time of reformation, the Bride of Christ is called to foster the atmosphere of Heaven across the nations. Now is the time to draw closer to the heart of the Father, to seek His strategies and manifest the words that have been spoken over this nation. It is a cultural shift as people from all across the world rise up and seize the prophetic destiny that God has for each person".

With this spiritual and ministerial refresh, Joel Engel plans to return to Santa Maria (RS) and hold the next edition of "Prophetic School - Jubilee Generation" in September 2016.

Click on video below to check the Ap. Engel's testimony: